Members | Sign In
ScannerDanner Forum > Diagnostic tools and techniques
My neighbour had a no spark no start on his lawnmower. The coil secondary ressistance was out of spec (should be around 5,000 ohms), this is the secondary waveform after fitting a new coil & spark plug. 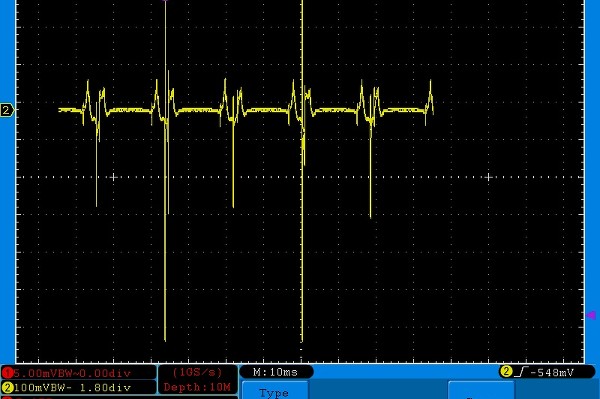 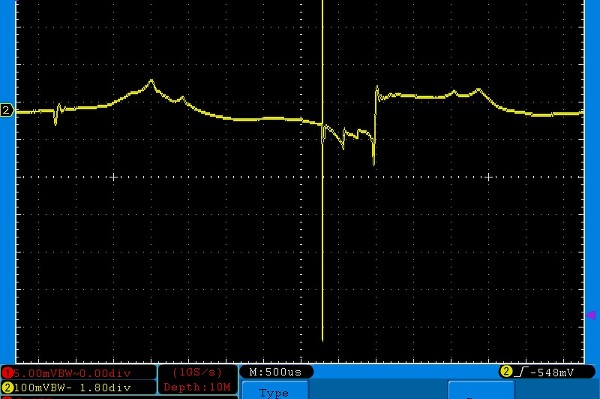 The coil secondary resistance was out of spec (should be around 5,000 ohms),


Pretty cool, did he have a service manual or did you have to find the spec online?

AndyMacFadyen said Jun 20, 2016 12:40:51
I eventually found a couple of good Youtube videos and once I found the engine serial number got the official procedure on the Briggs & Stratton website.
One trick I got off the web was for testing for a spark to take the recoil starter off and spin the engine over with an impact wrench using the nut on the end of the flywheel.

Another friend wants me to look at on the ignition on a 1963 100Hp Mercury outboard. I had a quick look at it, a beautiful engine a straight 6 two stroke but it will need a lot of research to figure out how the ignition system works. It has twin coils and a single distributer and two sets of contact breakers. There is lots of data on the web for the later Mercury CD ignition system but I can't find much on the earlier system
"Rust never sleeps"


"Rust never sleeps"
page   1
Back to Topics
Login below to reply:
get your own embeddable forum with talkiforum.com